POLITICS: UNCOVERING THE HANDSOME KAMAL BEHIND THE VEIL OF APC PARTY RECONCILLIATION 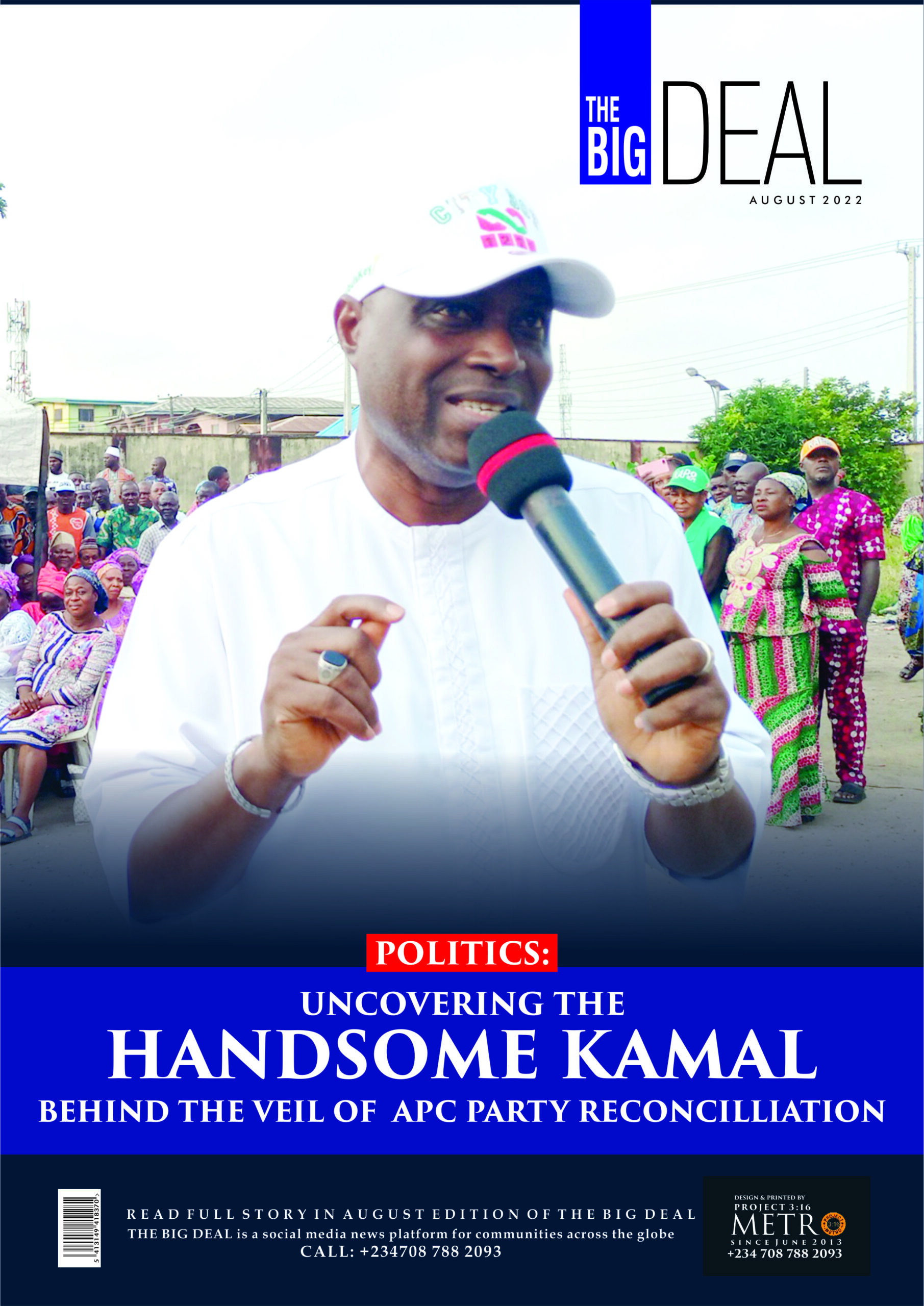 While the anxious crowd at the famous Local Authority (L.A), Pry school in Ajeromi-Ifelodun Local Government, were tamed by the oratorical skills adopted by Hon. Kamal Ayinde Bayewu, during the All Progressives Congress (APC), reconciliation meeting for members of the ruling party, none in the gathering had envisaged the outcome of the day, especially with a handsome Kamal, who not only diffused the unnecessary chord of caucuses in AJIF APC, but provided a soft landing for Kalejaiye Adeboye Paul and Sobur Akanbi Oluwa, on what could be termed a perfect political strategy that Lans Flemming and Albert Brocolli would be proud of, as another box office success for a Nigerian political James Bond 007, writes Fakunle Sheriff Ekundayo

The superficial contentment on the faces of members, after the outcome of the All Progressives Congress {APC} general meeting at Local Authority (LA), Pry school on Thursday in Ajeromi-Ifelodun Local Government, is laced with the unspoken reality that must be interpreted for the survival of the party, as the nation commence political campaigns in September 2022, ahead of the general elections next year.

The chairman of the Local Government Service Commission, Hon. Kamal Ayinde Bayewu, arrived at the venue of the meeting and was accorded with the usual fanfare reserved for the presence of a great political leader.

The former council mayor at first dazed the anxious crowd with his simple but tastefully crafted white-colored ‘corporate-native’ attire, which was complemented with an Asiwaju endorsed Fez cap, on a matching black pair of sneakers that was accentuated with white underneath.

The man who is fondly referred to as James Bond 007, because of his cerebral and compelling personality, stole the show beyond the anticipation of the party chairman, Chief Samuel Adeyemi.

The crowd had settled down and in the presence of, Hon. Kalejaiye Adeboye Paul {KAP}, who is the party flag bearer at the Federal House of Representatives general elections for Ajeromi-Ifelodun Federal Constituency, Hon. Sabur Akanbi Oluwa {SAO}, the party flag bearer at the Lagos State House of Assembly, for Ajeromi-Ifelodun Constituency 2, and party leaders among other notable personalities in attendance, Hon. Kamal continued once he was bequeathed with the stage and his speech was psychologically motivating, strategic, and comely with the signature of a harmless subtle voice that personified a handsome Kamal…

Like a true politician and strategist, he adopted the philosophy of Karl Marx, who sees religion as the opium of the people. Hon. Kamal carefully began his speech with reference to a verse in the holy Quran, which bothers on power. His short but precise Quranic analyses of the verse commanded an impulsive effect on the people, which led to the thunderous approval of a ‘Shehu’ in ecstasy.

For Hon. Kamal, focused his premises on the exclusivity of God on power, once he began with: ‘Power is the exclusive preserve of almighty Allah, he wields it to the favour of an individual at HIS pleasure, and HE takes it at will.’

To him, the recent jostle for power and positions by political aspirants was a deciding factor that eventually favoured KAP and SAO, hence it should be seen as an ordained decision by God, and that members must ensure the APC candidates emerge victorious in 2023.

Hon. Kamal, having set the tone of empathy before the crowd, began to weave his words politically, and justify his summation with an ordained inflection from God.

Suddenly, his words concocted with a compelling voice, built slowly and steady with an unconscious desire from the crowd to obey and follow. That moment was when ‘The handsome Kamal’ threw in the punch line for KAP and SAO. According to him, both candidates are the faces of APC in Ajegunle, and they must conquer at the polls in 2023!

The ordained inflection of God that spoke through the handsome Kamal resonated with fear of God in the minds of members, and they had become obliged to go back home and preach the good news of APC reconciliation to every card-carrying member of the party, before reaching out to potential electorate who are waiting to be convinced by the All Progressives Congress for another four years at the ballot.

The joviality and leadership confidence that Hon. Kamal exuded during his famous speech, was corroborated by his calculated stage control; he would pace forward and face the crowd, his eyes contact choosing which members of the party to lock it on, and he would release those words with a touch of grace, paused and saunter gracefully to the leaders in attendance with a commanding air of humility wrapped with an assuring gesture of ‘ride-on, you are in speaking our minds.

The psychological presentation of what many consider as KAP nemesis was made subtle and inconsequential by the handsome Kamal’s ‘Point of View’ {POV}. To him, members’ POV should be discouraged because it is morally unacceptable for a political journey that demands selfless service for a better and improved Federal constituency like Ajeromi-Ifelodun Federal Constituency.

For Hon. Kamal’s POV, expected gratification by KAP to members is sequentially unnecessary and morally unethical. KAP must be dissociated from the notion of being miserly, and so shall it be henceforth, because KAP is who we want and he is the man who the cap fits according to the inflection from God on this special day of reconciliation!

Like the classic expectation from the James Bond 007 series, Hon. Kamal Ayinde Bayewu urged KAP and SAO to the stage, his sense of humour attracted the audience to the patterned dress sense of both candidates, which coincidentally rubs off on him fashionably…to everyone in attendance, KAP SAO, and the handsome Kamal rocked APC reconciliation meeting with the best of sneakers in vogue!

Beyond the veil of the handsome Kamal’s speech, the effect of his message was timely and historic. The mission had been accomplished, but beyond the superficial satisfaction on the faces of members in attendance, a serious follow-up for reconciliation must extend to every political ward and zones. And with a special convoy of APC leaders, ready to walk the walk in every home, every ward inside Ajeromi-Ifelodun and Ifelodun respectively.

Hon. Kamal Ayinde Bayewu’s gift of the gab was successful. This feat must serve as a political antecedent that must be extended to the wards and with all leaders in attendance. That way, APC can benefit from the unspoken reality of a handsome Kamal’s reconciliation speech before general elections in 2023!

END_OF_DOCUMENT_TOKEN_TO_BE_REPLACED 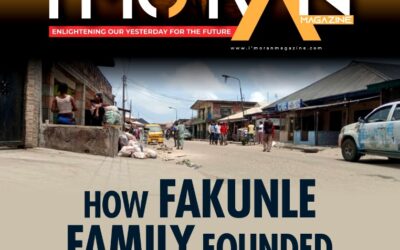 The Fakunle chieftaincy family is reputed to be one of the early settlers in Ojoraland. The family whose aboriginal source is from Oko-Faaji in Lagos Island migrated to Apapa-Elemu in the early 18th century. The Fakunle family is an extended family that crossed the...

END_OF_DOCUMENT_TOKEN_TO_BE_REPLACED 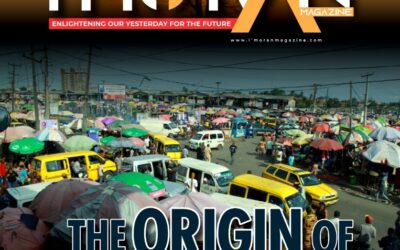 {AJEROMI-IFELODUN } Ajegunle is a cosmopolitan city in Lagos State. The history of Ajegunle dates back to the 19th century. And it is interesting to know that the word Ajegunle which literally means: ‘THIS IS WHERE MY WEALTH RESIDES’ is a near boundary coinage...

END_OF_DOCUMENT_TOKEN_TO_BE_REPLACED 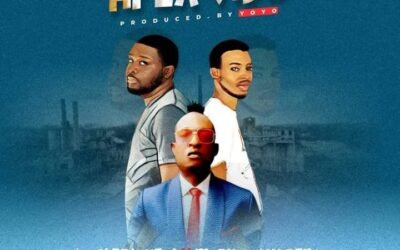 A duo of recording artists in Ajegunle; Apex brothers has released a new single titled: Apex vibe. The single which features dance hall artiste and award-winning musician, Marvelous Benji, is set to be released before the first week in September 2022. Speaking on the...