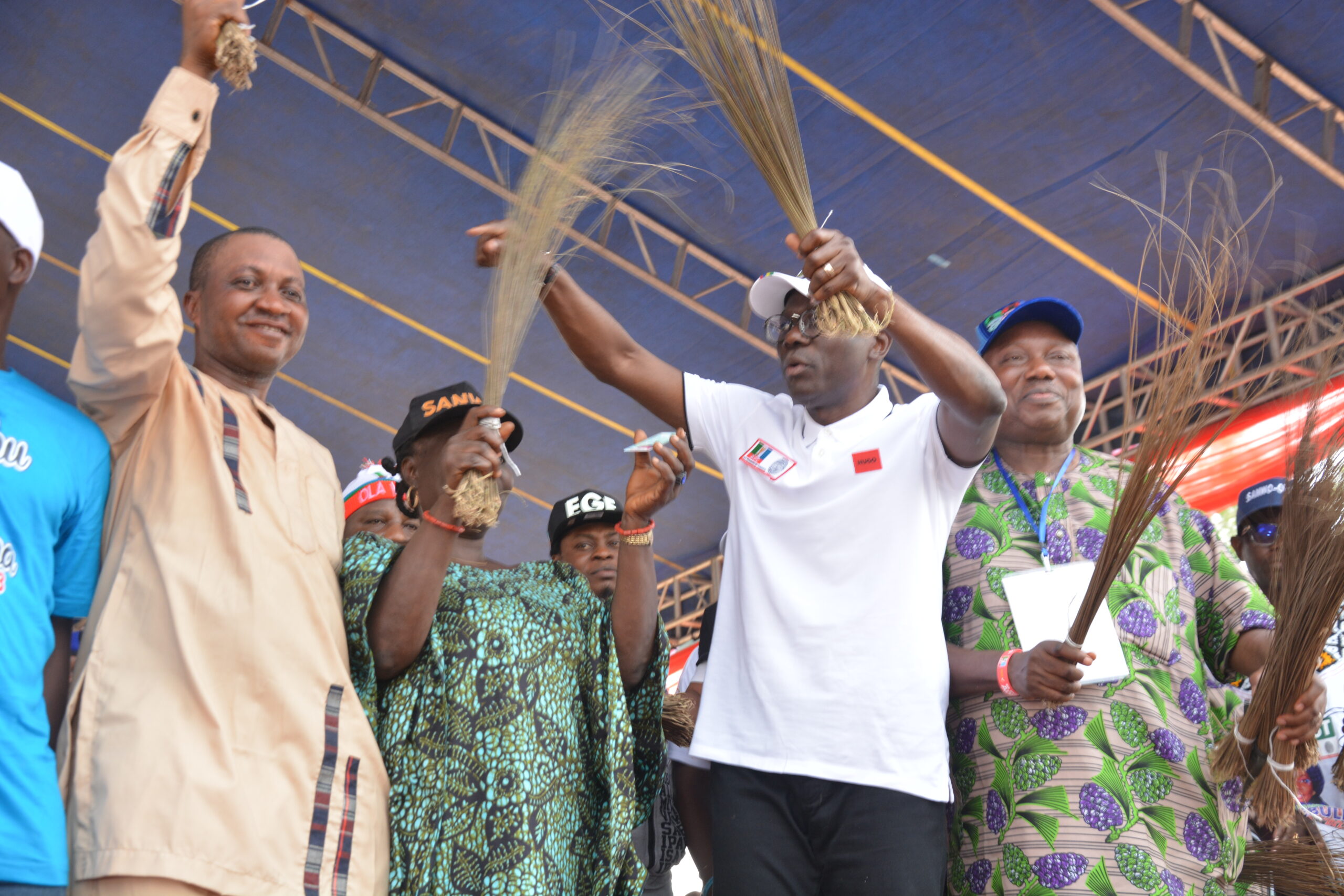 Mr. Governor made this disclosure at the mega rally organized by Lagos-West II, senatorial district, at Ijanikin, Lagos.

In his opening remarks, Governor Sanwo-Olu acknowledged the enthusiasm of party members who gathered at the open field outside Federal Government College in Ijanikin for the mega rally.

He said the crowd which was colourful and bursting with excitement for their respective candidates was an indication of APC readiness to deliver in Badagry division.

“We are expecting Lagos-West II to deliver and surpass Alimosho and Ikeja votes at the general elections, and I’m sure you will deliver,” he added

On the impact of his administration in Badagry division, Governor Sanwo-Olu said his government had ensured that the youth benefit from two State-owned Universities in Lagos-West II, adding that the infrastructural road projects in Badagry division had paved way for prosperous economic and social activities in the senatorial district.

While assuring the APC members and general public in attendance, Governor Sanwo-Olu announced that his administration would commence work at Mosafejo road, and Adaleko-Era road among other major infrastructural road projects in Badagry division.

“We are building a state-of-the-art general hospital very close to Ojo cantonment, and Lagos-West II people shall enjoy the rail service which will connect from Marina in Lagos to Okokomaiko,” Governor Sanwo-Olu added.

Some of the decamped People’s Democratic Party {PDP}, members were received by Mr. Governor and other party leaders in attendance. Miss Amoke Oladunni Agbalajobi, former woman leader of PDP in Badagry division who led the team, said it was a relief to be among the APC family. “Our suffering is over, and we are happy to join APC,” she said.

Her Excellency, Dr. Idiat Oluranti Adebule, APC senatorial candidate for Lagos-West, led other candidates to receive the party’s flag from Mr. Governor during the rally.

The political rally which was successful judging from the crowd attendance and musical performance from King Wasiu Ayinde Marshal provided ample opportunity for the State chairman of the party, Hon. Cornelius Ojelabi to thank those in attendance for making the event successful. In his words: “We are grateful for this day and we hope to take advantage of the infrastructural projects and learning institutions provided for us by Mr. Governor.”

Hon. Tolani Sule, the Deputy Director General for Lagos-West II, senatorial district campaign council for the Presidential and Governorship election, expressed his gratitude over the conduct of party members in attendance. He also commended the support of the Conference of Badagry division executive chairmen, led by Hon. Fatai Adekunle Ayoola.

“I want to thank my team and heads of directorates for making this event successful. I can assure you that this is the beginning of APC victory at the presidential, governorship, senatorial, and house of assemblies’ election,” he added.