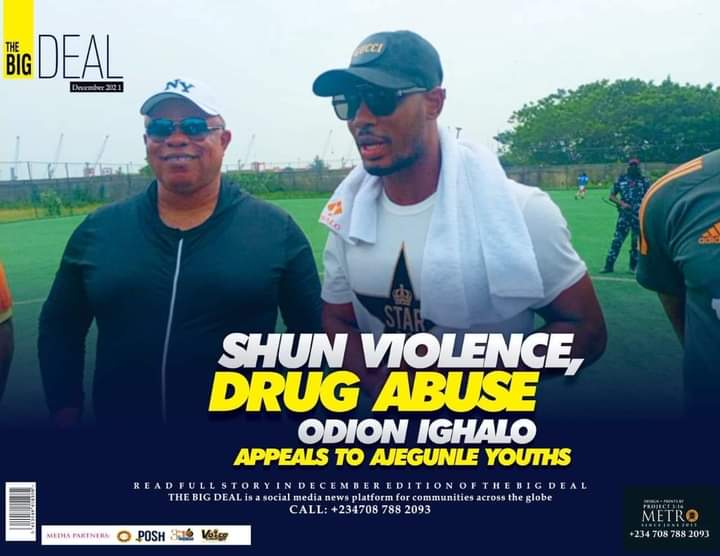 He made the appeal on Sunday while kicking off the novelty football match, organized in his honour, by the council chairman of Ajeromi-Ifelodun Local Government Area, Hon. Fatai Adekunle Ayoola.

According to the Ajegunle born Nigerian international, Ighalo, he said that violence and other social vices are detrimental to the growth of an individual’s talent, as he insists that, “discipline, hard work dedication and God’s favour,” are what has kept him at the top of his career.

He went further: “Ajegunle youths must understand that violence and drug abuse are bad, and must be discouraged.
“You can achieve better than I am if you stay to your dreams,” he said.
He also used the medium to acknowledge the show of love expressed by the All-Stars team in Tolu, and headed by Don Kefe.

The Saudi-Arabia based Super-Eagles striker promised to support and contribute to the continued existence of the group in his own capacity.
“I watched some of you play when I was young, and I just want to thank you for honouring me today, ” he submitted.