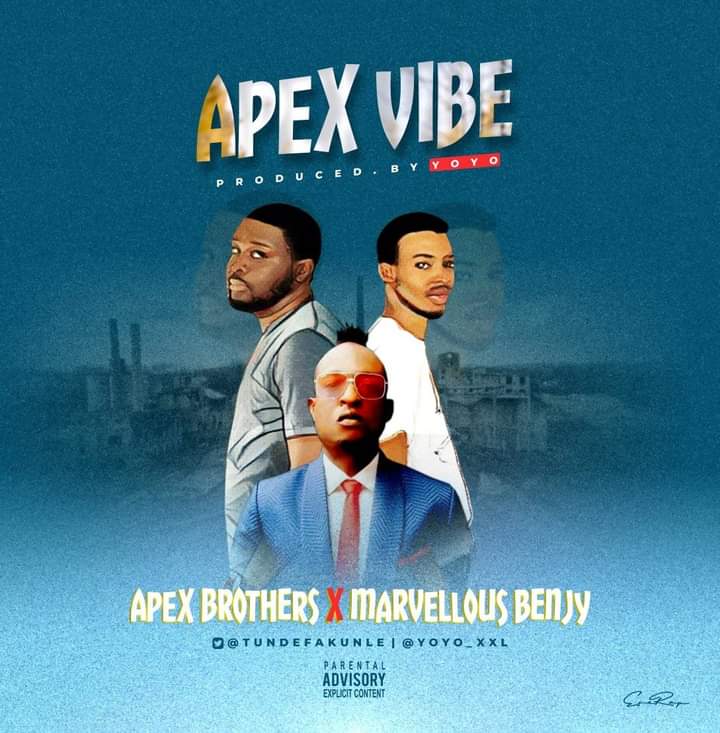 A duo of recording artists in Ajegunle; Apex brothers has released a new single titled: Apex vibe. The single which features dance hall artiste and award-winning musician, Marvelous Benji, is set to be released before the first week in September 2022. Speaking on the single, Tunde Fakunle, lead member of the duo comprising his younger brother Yoyo, who doubled as the producer of the single, said the song was a signature of their kind of music. “We do rap with a touch of Afrobeats, and this single surely represents that in texture and quality,” he said. On why the duo featured Marvelous Benji, he responded thus: “We needed someone with a touch of quality for the kind of our music, and the legendary Marvelous Benji comes with such experience.” Apex brothers, who have been into music since 2014, announced that the single would be on various streaming platforms such as Apple Music and Spotify among others in the next few days. The duo of Apex brothers, who are sons of Ba’ale Saheed Adesegun Fakunle {Ba’ale of Aiyetoro} in Ajeromi-Ifelodun Local Government, disclosed that the single; ‘Apex vibes’ was recorded in Ajegunle.
← Interesting Read: <strong>THE ORIGIN OF AJEGUNLE</strong> →