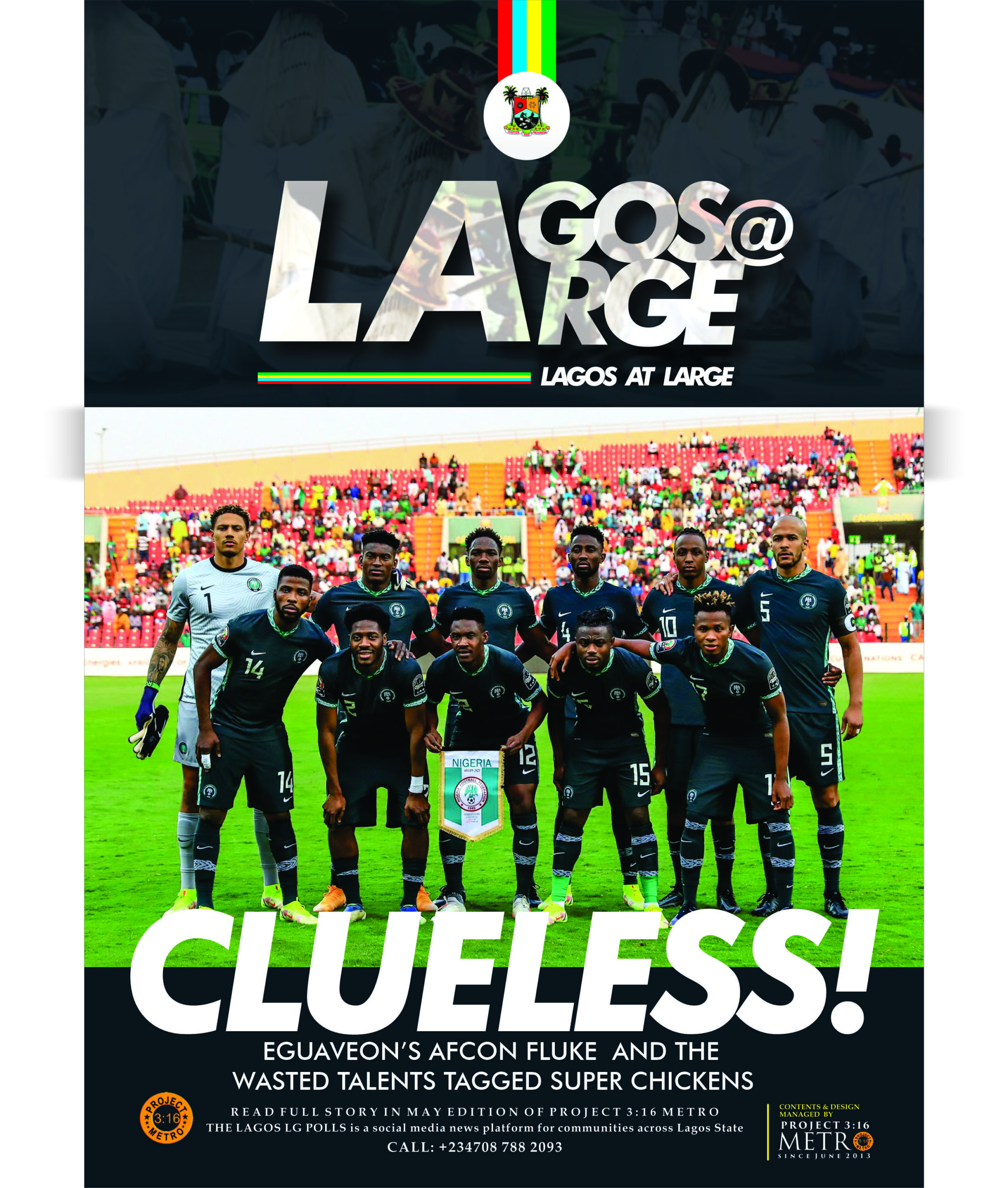 ‘From this, it was evident that what Eguaveon achieved in the AFCON against African giant; Egypt was just a flash in the pan. He was tactically archaic and predictable, and the boys were unbothered about the pride of the country after Nigeria’s footballing pedigree was disrespected by an actor from Ghana. And just like the infamous troll by John Dumelo, the Super-Chickens have come home to roost in Abuja, now is the time to disband the team and restructure NFF for posterity

The Super-Eagles of Nigeria compounded the excitement and nervous wreck, which millions of Nigeria were bound to pass through, with a shoddy performance last night, after the team ended the 2022 World Cup Qualifier Play-off with Black Stars of Ghana on a goal apiece.

Perhaps, the players were insensitive towards the implication of the sublime shades thrown at them by a Ghanaian actor, John Dumelo, after he vowed that he was going to trek from Ghana to Nigeria, should the Super-Eagles of Nigeria defeats the Black Stars of Ghana.

The sultry remark ended with an unbecoming tag for the Nigerian national team, once he labeled them Super-Chickens!

Now, the match on Tuesday night was a total show of tactical deficiency from both the coaches and the players on the field. They were clueless and particularly bereft of ideas in the final third.

It was expected that the Super-Eagles coach of Austine Eguaveon and Emmanuel Amuneke will have sat down and learned from the shortfalls that bedeviled the national team at the last African Cup of Nations, earlier this year. Rather, the pyrrhic excitement over 200 million Nigerians enjoyed was simply a fluke. Eguaveon’s coaching methodology, although archaic; was predictable, boring, and sensitively unprofessional for modern football activity.

Prior to last night’s disaster in the MKO Abiola’s stadium in Abuja, it can be deduced that the coach had bowed to external pressure after he was made to use over-hyped average foreign-based footballers for the most important derby between Nigeria and Ghana.

Eguaveon’s methodology and approach at both ties indicated that the coach lacks a game plan and consistent winning strategies. A football match of such international repute is not won in the parlance of individual foreign-based players plying their trades across Europe, and other continents of the world. The coach lacks a winning mentality that should have produced a match-winning strategy for the two-legged derby!

The politicking in the administration of the Nigeria Football Federation {NFF}, had been an overbearing monster that was birthed after Nigeria qualified for her maiden world cup participation in USA 1994. The dollar largesse for qualifying as a country was an eye-opener for prospective football administrators to wrestle for the coveted seat of NFF’s chairman, and as it stands, the money FIFA gives to her 212 members {Nigeria inclusive} has made the sitting chairman powerful and politically untouchable by the sharks in Aso Rock.

The administration of Amaju Pinnick, chairman of Nigeria Football Federation was fixated on the N5.6bn, that the Sports Federation was to receive from the Federation of International Football Association {FIFA}, had the Super-Eagles qualified for the quarterly world football competition. Aside from this, monies would be received for winning a match in the group stage let alone, reaching the final and winning the world cup eventually.

There was not in existence, a standard rule that should have regulated the affairs and conduct of employing a football coach by the NFF, players’ rules and bonuses, and other allowances that would be accrued to these players.

The former Minister of Sports, Mallam Bolaji Abdullahi, introduced the Code of Conduct for the administration of NFF and the mode of operations for invited players into the Super-Eagles during his reign. And after a world conference that announced the signing into existence of the document, the former minister was summarily sacked, and the NFF returned to her shoddy ways of endangering the health status of a soccer-loving population with a quick fix method.

Let it be known that the sacking of the former handler of the national team, Gernot Rohr was manipulatively misconceived. Despite the alleged unsuitable tactical approach of the Franco-German tactician, he was still churning out results for the national team when it matters most.

It saddened the mind that the Super-Eagles of Nigeria missed out on Qatar 2022, and that journey to the country exit started from the boardroom inside the glasshouse in Abuja. And while the Ministry of Sports headed by Dr. Sunday Dare has a limitation of control over the NFF’s chairman because of FIFA’s sled hammer, the Federal; Government on her part equally reserves the right to determine which tournament or competition the national teams shall be registered into. But as it stands, the bulk of the blame stops at the desk of Amaju Pinnik because the appointment of Austine Eguaveon was an indication of putting a square peg in a round hole.

Austine Eguaveon is reputable for causing Nigerian heartache, and the NFF knew this but preferred to hire him as a stooge and do their biddings at the detriment of an already depressed nation who needed football to gain some moments of respite from the harsh socio-economic and political drama in Nigeria.

To begin with, Austine Eguaveon was the national team defender that fouled an Italian attacker in the Super-Eagles box 18, which led to the award of a penalty that was converted by Italian legend; Roberto Baggio, and Nigeria was eliminated in the second round of the USA 1994.

His coaching antecedents as manager of Super-Eagles were conspicuously woeful, yet he was hired to patch the selfish ego of the NFF and the Sports Ministry. Eguaveon failed Nigeria in the 2012 AFCON Qualifiers, 2012 Olympic Qualifiers, 2021 AFCON round of 16, and now, 2022 FIFA World Cup Play-offs.

The Super-Eagles team was endowed with individual talents that deserve collective blending for a common goal. Despite how promising their stats were on paper, they showed less of the fighting spirit that characterized the glorious 1994 team that won the AFCON in Tunisia. And while we do not remain backward by reminiscing past glories, the boys didn’t show creative enthusiasm, as they lack reasonable attempts in the final third of Ghana’s territory.

From this, it was evident that what Eguaveon achieved in the AFCON against the African giant; Egypt was just a flash in the pan. He was tactically archaic and predictable, and the boys were unbothered about the pride of the country after Nigeria’s footballing pedigree was disrespected by an actor from Ghana. And just like the infamous troll by John Dumelo, the Super-Chickens have come home to roost in Abuja, now is the time to disband the team and restructure NFF for posterity!

← Interesting Read: OSCAR DRAMA: IS WILL SMITH A FOOL FOR LOVE? AJIF HOUSE OF REPS: IS THIS THE TIME FOR KAP? →